The increasing threats on marine biodiversity and resources related to human activities and induced climate change emphasize the urgent need to assess the long-term effectiveness of current management actions in order to anticipate necessary updates. In PopNCo, we question the robustness of a key estimate involved in maritime spatial plans, population connectivity, in the face of drifting but strongly variable climate. Defined as the exchange of individuals among geographically separated subpopulations, population connectivity is one of the main drivers leading to population replenishment and persistence. For coastal species, connectivity among habitat patches rely primarily (and exclusively for fixed species) on the dispersal of pelagic larvae. It depends on complex interactions between ocean circulation and the life history traits of each species, both being considerably impacted by climate variability. In this context, the objective of PopNCo is to investigate temporal changes in marine connectivity by exploring the inter-annual variability of connectivity in recent past and present climates and comparing it to its expected long-term trend induced by climate change.

To this aim, using Mediterranean gorgonians as biological models, we will combine two complementary approaches, each based on the most advanced technologies, to estimate different aspects of connectivity. (1) Gene flow patterns will be inferred among North Western (NW) Mediterranean gorgonian populations for which historical samples (from 2003, 2008 & 2014) will be reanalyzed together with present-day samples collected according to individual sizes (a proxy of their age); contemporary migration rates will be derived from genetic divergences assessed at thousands of loci obtained from high-throughput sequencing. (2) Larval transport patterns will be assessed at multiple temporal scales, based on a specifically developed very-high-resolution coastal oceanic circulation model for the NW Mediterranean Sea, in two 20-y long periods in the recent past (2001-2020) and future (2081-2100) climate downscaled from a regional climate model assuming the worst-case climate change scenario IPCC-AR6 SSP5-8.5. For each approach, variability in connectivity estimates will then be investigated over years, over decades, and over a century (not for gene flow) and statistically compared under a common analytical framework to reach our objective.

This ambitious work is completely original because we will investigate connectivity variability -and not only connectivity- in a hierarchy of temporal scales, from the reanalysis of historic samples to the projections under evolving future climate. We are in this unique position thanks to our gender balanced consortium made of internationally recognized scientists with outstanding expertise and complementary skills (regional climate modeling, coastal circulation modeling, larval dispersal modeling, molecular ecology, computational ecology and data management).

Because we will be the first to tackle the question of connectivity variability through time in the most conceptual and thorough manner, we expect our results to have major implications. The direct outcomes of PopNCo will be transferred to French and Italian appropriate decision makers, directly responding to identified needs within the EU Biodiversity Strategy for 2030. Also, because incorporating uncertainty estimates in climate change scenarios to ascertain the range of potential effects on marine populations into stock assessments and management strategy evaluations is essential for sustainable fisheries, PopNCo will contribute to the achievement of several targets of the UN SDG 14. Finally, as the very-high resolution coastal circulation simulations produced in PopNCo (which will be documented and made freely available) will have a wide range of applications for coastal ecosystem functioning, we expect our project to have a far-reaching impact. 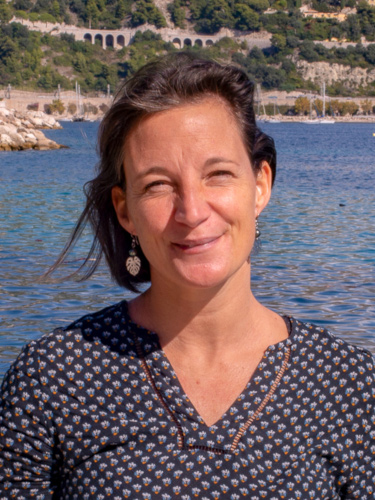